1904, it was then that Daniel Smith Glidden was asked to serve on the board of trustees for the Mt Pleasant Cemetery Association. Josephine, the more action-oriented member of the Glidden team, became interested in her husband’s responsibilities. In 1912, Daniel passed and Mt Pleasant Cemetery became a regular visiting place for Josephine.

After her death on Christmas Day 1921, it was revealed that Josephine left Mt Pleasant Cemetery Association a gift of $13,000 to build a memorial known as the Glidden Memorial Chapel today.

The cemetery board had been seeking to erect a suitable building in the cemetery for a chapel, lavatory, and shelter house for a number of years, as documented in July 3, 1899 meeting minutes. Body storage was a real problem and a yearly headache for undertakers and cemetery Sextons as it was too hard and too costly to dig graves when the ground was frozen in the winter. On July 15, 1901, it was reported that “the committee appointed to investigated the matter of erecting a chapel and vault-building reports that the cost of such a building is beyond the present ability of the association and the matter is dropped.”

Long-time family friend of the Glidden’s and President of the cemetery board at the time, Dennis L McKinney wasted no time in contacting architectural firms and called a special meeting of the board on Feb. 24, 1922. The drawings and ideas of architects Hugill and Blatherwick were accepted with the understanding that the construction costs shall not exceed the sum of $13,000. April 7, 1922, Carlson & Snitky Contractors bid $12,975.

Due to legal entanglements, Mt Pleasant Cemetery did not receive the inheritance for nearly a year and no mention of the chapel is made in the minutes of the cemetery association until 1925. McKinney, who had worked hard supervising the chapel and ironically, was the first funeral held in the Glidden Memorial Chapel. He died on Dec. 24, 1924 and because the ground was frozen, his body was stored in the chapel’s crypt until conditions enable him to be buried. 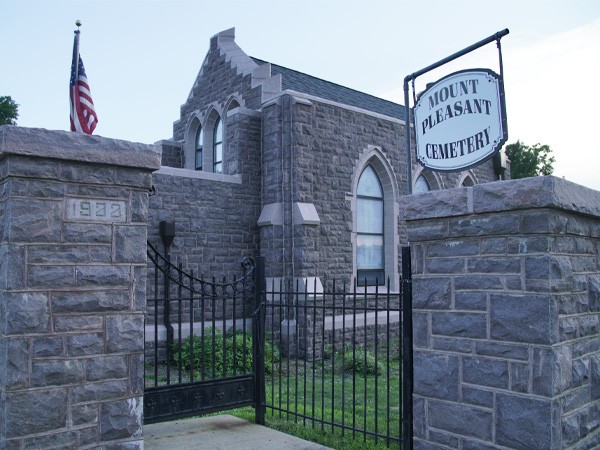 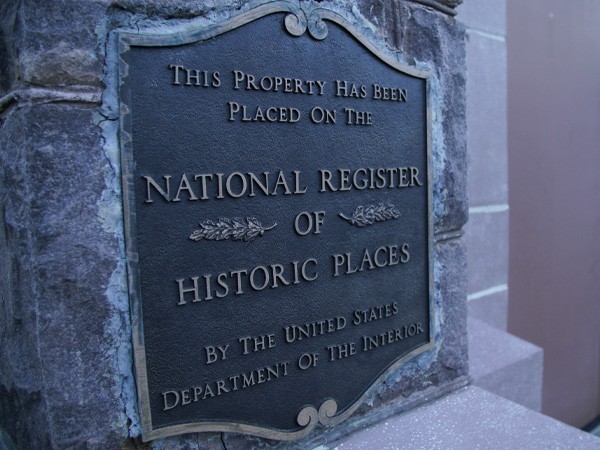 J.B. Allen became secretary of the Mt Pleasant Cemetery Board in 1937 and for the next 26 years personally supervised the insuring of the chapel and other cemetery buildings. He kept up the minor repair and painting of the chapel at little cost. After he left the board in 1963, even though the board records state the chapel plans included building an office and rest room, no real action was taken. When the maintenance garage wore out, the doors of the chapel were opened and it became a home to mowers, tractors, and grounds-keeping equipment – a final indignity for this magnificent building.

In the late 1970’s, the board association decided something must be done with the old chapel. Demolition estimates were approximately $7,000, but since there were no funds available, the Glidden Memorial Chapel was saved. The board did not allocate funds to remove the slate roof which its weight caused the interior to cave. The chapel was allowed to further deteriorate and the trees and shrubs allowed to engulf the exterior even though the building still was used as a work and storage building. 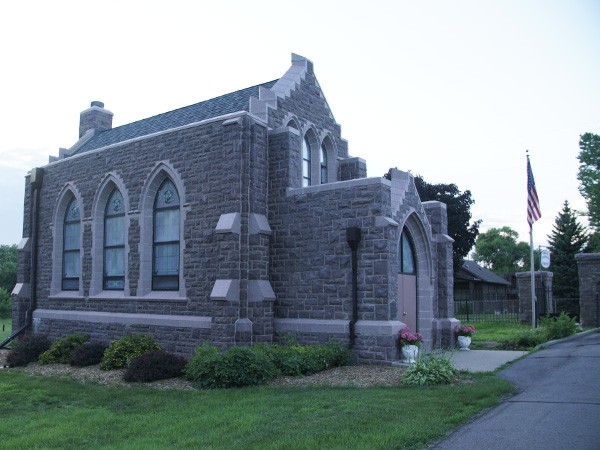 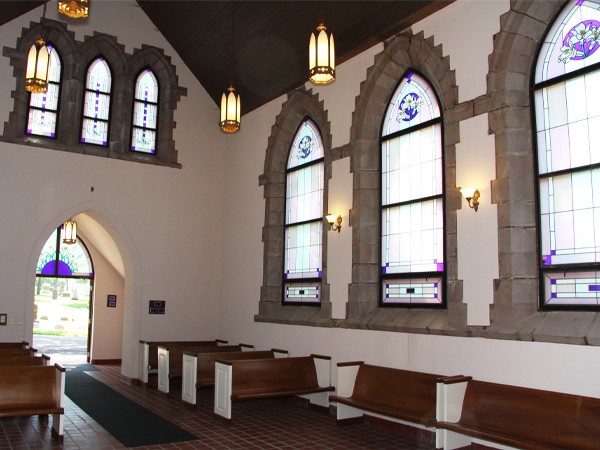 It was not until 1984 that a group of Mt Pleasant Cemetery volunteers took on the task of saving the old Glidden Chapel. In May of that year, several adults and youth began cleaning up the area. The first undertaking was the removal of all trees and shrubs around the perimeter of the building as well as cleaning out of the interior of the building, which accumulated trash and the mess caused by hundreds of pigeons taking up residence of the chapel due to holes in the building and windows. The Chapel Restoration Committee also began a fund for financing the work that volunteers were unable to accomplish. Total monies received were $13,300, of which $13,000 was used to restore three walls of the chapel. Work on repairing the roof began the fall of 1986 with much of the lumbar donated and all the labor completed entirely by volunteers. The Chapel was recently tuck-pointed again and stands ready for use.

The Glidden Memorial Chapel was listed on the National Register of Historic Places on Sept. 25, 1987.