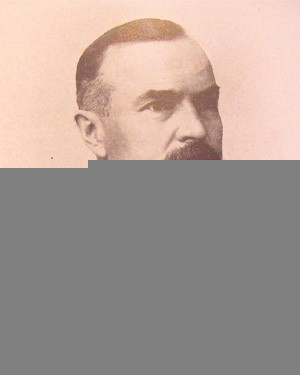 "Business and political interests of Sioux Falls have been influenced in an important way by the activities of Albert H. Stites, whose interests have extended to both fields, in each of which he has won for himself an important position and an honored name. He is regarded as one of the leading druggists of Sioux Falls and, having been connected with this business since the beginning of his active career, has won the success which comes from practical experience and thorough knowledge.

He was born in Millerstown, Pennsylvania, March 2, 1858, and attended the public schools in that locality, graduating from the high school in 1875. Following this he went to Philadelphia and entered a drug store as clerk. He was graduated from the Philadelphia College of Pharmacy in 1879 and afterward continued in the drug business in that city until 1881. In June of that year he came to Sioux Falls and opened a drug store in the old Land Office building, which in 1883 was removed and the Peck building erected on the same site. During this removal Mr. Stites had to conduct business elsewhere, but on the completion of the new building he returned to his first location, where he remained until October, 1914, when he established his present store in more commodious and modern quarters in the new Carpenter Hotel building. From 1885 to 1889 Frank S. Kimball was associated with Mr. Stites in the drug business but since that time he has carried on the enterprise alone. He has been very successful and has built up a large and representative patronage, for his store is considered one of the finest and most modern in the city. Mr. Stites was president of the territorial and state pharmaceutical societies for six years and is very well known among the druggists of South Dakota.

Mr. Stites of this review is a member of Minnehaha Lodge, No. 5, A. F. & A. M., and in 1896 was master of the same. He is also a member of the Country, the Elks and the Dacotah Clubs and is well known in social circles of Sioux Falls. He gives his political allegiance to the republican party and is prominent and active in public affairs. In 1895 he was elected county commissioner and assumed the duties of that office in the following January. He was elected mayor of the city of Sioux Falls in April, 1896, and filled that position until 1898, when he was elected to the state senate, in which he served for two terms, leaving the impress of his ability and energy upon a great deal of important legislation. From 1906 to July 1, 1910, Mr. Stites was postmaster of Sioux Falls under appointment by President Roosevelt. He is a man whose business reputation is beyond question and whose official record has been varied in service and faultless in honor.”

Albert Stites lived to the age of 77 years and was buried on August 16, 1935, in Block 17, Lot 3 of the Cemetery along with other members of his family.

We wish to thank the Grand Lodge of South Dakota for the first photo of Mr. Stites. He was a member of Minnehaha Lodge No. 5 and Master of that Lodge in 1896. You may visit the Grand Lodge at www.mygrandlodge.org.

The second photo was provided through the courtesy of Siouxland Heritage Museums. Please support the Old Courthouse Museum with your visits.