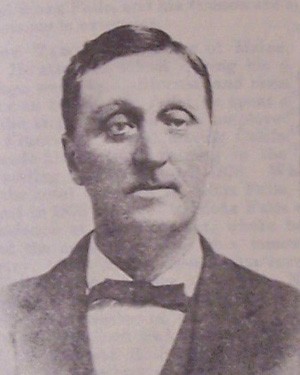 “On the 6th day of September, 1836, Harry Corson was born at Athens, Maine, and was named by his parents William Henry Harrison. He has dropped the Henry and the public have abridged the rest of his name to ‘Harry Corson.’ At the time of his birth his father ‘kept tavern’ and when eight years of age, Harry removed with his parents to Monroe, Wisconsin, where his father engaged in the mercantile business. The subject of this sketch attended the common schools during his youth and clerked in his father’s store until 23 years of age, when he went to Pleasant Grove, Eldorado county, California, and engaged in the hotel business three years, and three years in mining and grain speculations, and then returned to Monroe. Soon afterward, he was employed by a wholesale dry goods house, and was a commercial traveler for five years. In 1870, he came to Sioux Falls, and being acquainted with the surrounding country, and recognizing the natural advantages of Sioux Falls, he came to the conclusion that it would not be that long before it would be an enterprising city, and determined to become a resident. In 1871 he settled permanently in Sioux Falls and commenced at once the building of a hotel. It was completed and opened to the public on the 5th day of August, 1871, and Mr. Foster, commissioner of immigration, who then resided at Rockport, Hanson county, was the first to register at the Cataract Hotel. In 1878, Henry T. Corson, a brother of Harry, came to Sioux Falls and from that time the business was conducted under the name of W. H. Corson and Brother, which partnership still exists. The same year they made quite an extensive addition to the Cataract House on the north, and again, in 1882, remodeled the whole building, besides adding largely to its capacity. The Cataract House is the most complete in all its arrangements, as well as the best kept and most popular hotel in the state, and while the Corsons live, it will in all probability remain the hotel of South Dakota.

‘Harry’ was not only born in a hotel, but knows how to ‘keep a hotel,’ and his brother Henry is not only a brother in blood, but was a full brother in the hotel business.

With good business qualification, attentive to the wants of their guests, always genial and pleasant, it is no wonder that they were successful hotel keepers, and until the hotel was leased in January, 1894, stood at the head of the list of popular hotel keepers in South Dakota. Mr. Corson is at the present time residing in his residence in the city of Sioux Falls, and occupies his time in the management of a farm in Sioux Falls township, which is owned by himself and his brother Henry. He has always been active in promoting the interests of the city of Sioux Falls, and his friends are as numerous as his circle of acquaintance is extensive.”