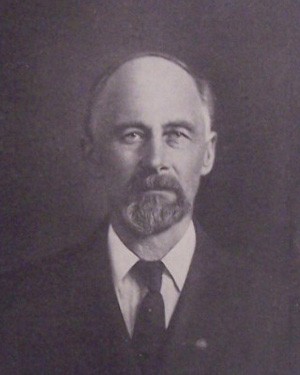 “Henry W. Smith, of West Sioux Falls, Minnehaha county, was born in Barvaria, Germany, January 3, 1844, a son of John Peter and Margaret (Grampp) Smith. The family came to the United States in 1857, settling in Livingston county, Illinois, where the father carried on general agricultural pursuits until his death. The mother has also passed away.

Henry W. Smith pursued his early education in the public schools but put aside his textbooks in order to enter the army at the age of eighteen years. He joined Company H, Seventy-seventh Illinois Infantry, in the fall of 1862 and continued with that command until the war was over, serving as a noncommissioned officer. He was taken prisoner and confined to Camp Fort, Texas, for thirteen months and a half, during which he suffered many hardships incident to life in the southern prisons. He was wounded at Vicksburg. He participated in all of the engagements of the Vicksburg campaign, also in the famous Red river expedition under General Banks, and was taken prisoner at Sabine Crossroads, in Louisiana. He received his honorable discharge in 1865 and with a most creditable military record returned to his home.

It was not long after this that Mr. Smith was married, the lady of his choice being Miss Catherine Weisenmiller, a daughter of Jacob Weisenmiller, the ceremony taking place on the 14th of February, 1867. They became the parents of thirteen children, and the wife and mother passed away in 1887. In 1890 Mr. Smith was married again, his second union being with Ada Wadsworth, by whom he had seven children. She died in the year 1900.

Following his first marriage Mr. Smith engaged in farming in Illinois until the spring of 1872, when he came to South Dakota and homesteaded in Wayne township, Minnehaha county, acquiring a quarter section where the old packing house now stands. He met all of the hardships of pioneer life in a district where the work of civilization had advanced to so slight a degree that the early settlers had to depend almost entirely upon their own efforts for everything which they secured. It was also an arduous task to break the sod and till the fields upon prairies which had hitherto never known the plow. His oldest son now lives on the old homestead while he resides at his suburban home at West Sioux Falls. However with the assistance of his two younger sons he still engages in farming and stockraising to some extent.

Mr. Smith maintains pleasant relations with his old army comrades through his membership in the Grand Army of the Republic. He was a member of the territorial legislature in 1885, elected upon the republican ticket, and in 1898 was chosen county auditor on Minnehaha county on the peoples party ticket, which position he filled for two terms of two years each. He was also the candidate of the peoples party for congressman to fill the vacancy caused by the death of John R. Gamble. He has always been deeply interested in all movements looking to the betterment of farming and farm life and was for a time president of the State Farmers Alliance. He belongs to the Baptist church and the moral forces of his life have made his an honorable and honored career.”

Henry W. Smith lived to the age of 93 years and was buried in Block 21 – Lot 8 of the cemetery on August 7, 1937. He rests in the family lot along with both of his wives and several of his children. Cemetery records list the dates of death of his wives as one year later than Kingsbury’s account, Catherine dying in 1888 at the age of 37 years from blood poisoning and Ada in 1901 at the age of 36 years from childbirth.