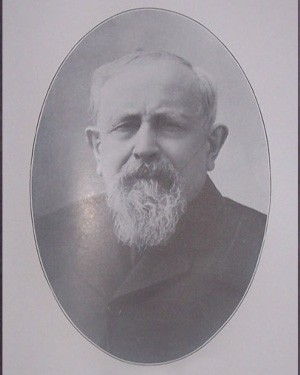 “No history of South Dakota would be complete and satisfactory were there failure to make extended reference to Irving Daniel Smith, who became one of the most successful residents of the state and whose life stands as a splendid example of what may be accomplished when energy and determination point out the way to success and when the individual has the courage to follow the path thus indicated, even though it be frought with difficulties and obstacles. That Mr. Smith became a wealthy man is largely due to his keen sagacity, which kept him in the vanguard of western migration and prompted his investment in lands which he held until they greatly appreciated in value. He made his home upon a farm in Lake county, and there passed away February 8, 1906.

New York claimed him as a native son, his birth having occurred at Litchfield, Herkimer county, on the 19th of May, 1826. It was there that his father, Shulyer S. Smith, was also born and in that locality he spent the greater part of his life, passing away there in 1843. In early manhood he had wedded Julia Aylsworth, who was born in Litchfield township in 1803 and who reached the seventy-third milestone on life’s journey ere called to her final rest, her death occurring in Marshalltown, Iowa, in May, 1876. Their family numbered six children, of whom Irving D. was the eldest.

Spending his youthful days in the Empire state, where he acquired his education as a public-school pupil, Irving D. Smith there grew to manhood. In 1849 he joined the goldseekers in California, going west by way of the Panama route to San Francisco and after spending some time in that state returned to New York, where he engaged in farming. Deciding to try his fortune in the middle west, he first located in Whiteside county, Illinois, where he bought cheap land, and on disposing of that property removed to Benton county, Iowa, locating near Vinton, where he purchased a tract of land, borrowing the money to do so. The land had been somewhat improved and after engaging in its cultivation and further improvement for a time he sold out and moved further west, purchasing property near Akron, Le Mars and Remsen, Iowa. As he prospered in his agricultural pursuits he added to his property from time to time, buying more land near Akron and Merrill. He made his home near Remsen until 1891, when he came to South Dakota, taking up his abode in Lake county, where he arrived on the 28th of December. In the meantime his business affairs had been so capably managed that he was able to bring with him to his new home a very substantial sum for investment. He purchased five thousand acres of farming and grazing land and to his holdings kept adding from time to time as opportunity offered and his financial resources increased until he was the owner of over ninety-two quarter sections, or almost a township in South Dakota. The farm upon which he made his home is situated a short distance southeast of Madison and is a splendidly improved property, upon which are commodious and substantial buildings. It is a model country estate and bears every evidence of the thrift, enterprise and progressiveness of the owner. At the time of his death Mr. Smith owned fourteen thousand seven hundred and sixty acres of land in the counties of Lake, Moody, Brookings, Minnehaha and Mc Cook but the most of it was in Lake county. He also had thirty- two hundred and forty acres in Iowa, near Akron and Merrill, Plymouth county. He generally purchased unimproved property, which he proceeded to break and put under cultivation, afterward renting it. His plan was to start with the crude and make better.

Mr. Smith was twice married and became the father of nine children. The four born of the first union are now all deceased. On the 24th of October, 1885, he was united in marriage to Miss Laura A. Beecham, a daughter of Thomas and Amy (Crabtree) Beecham, the latter a daughter of Richard Crabtree. Thomas Beecham was born in England and in childhood came to this country with his parents, Thomas and Deborah (West) Beecham, the family locating in Nova Scotia. The grandfather of Mrs. Smith served as a lieutenant in the King’s Hussars. Her parents lived for some years in Illinois and thence went to Iowa, where she was reared and married but they later became residents of Nebraska, where Mrs. Beecham passed away in 1885 and Mr. Beecham in 1894. Mrs. Smith is the youngest of their eleven children, five sons and six daughters, of whom four are now residents of South Dakota. The name Beecham was originally spelled Beau Champ.

To Mr. and Mrs. Smith were born the following children: Sherman C., now living in Portland, Oregon; Helen, the wife of Irvin M. Pike, of San Diego, California; Thomas, who married Mabel Irish, of Brookings, and is now engaged in business in Madison, South Dakota; and Julia Esther and Courtney A. who are attending All Saint’s School at Sioux Falls. Mrs. Smith is a member of the Presbyterian church and is also quite active and prominent in the Eastern Star and the Rebekahs, belonging to Madison Chapter, No. 6, O. E. S. and Hope Lodge, No. 2, Order of Rebekahs, in which she has served as noble grand.

In his political views Mr. Smith was always a republican but took little active interest in the work of the party, particularly as an office seeker. However, he filled the position of justice of the peace in his township and his decisions were strictly fair and impartial. He did not wish office, however, preferring always to concentrate his energies upon his business affairs. He was a man of sound judgement, of keen insight into business situations and of notable enterprise, and whatever he undertook he carried forward to successful completion. No one ever questioned his integrity in business methods and the most envious could not grudge him his success, so honorably was it won and so worthily used. Mr. Smith was a man of generous, kindly impulses, whose fortune is said to have been honestly won, for he never took advantage of a creditor, was kind to the poor and his tenants never had any complaint to make of his treatment of them. Of keen foresight he had unfailing faith in the future of the middle west and bought land when others wanted to sell. He gave liberally to worthy charities and to private needs his heart was ever inclined. At his death he left to two of his tenants, who had faithfully served him, a quarter section of fine land. Much of his vast holdings were distributed before his death. For years he was an exemplary and prominent member of the Independent Order of Odd Fellows, which he joined during his residence in Illinois, and he presented a half section each to the lodge at Madison and to the Orphans Home at Sioux Falls. On one occasion his heart was so touched by the needs of a poor German family who were threatened with being sent to the poor house that he sold them a tract of forty acres at a nominal price. He gave numerous tracts to friends and relatives and his family were left with a handsome fortune. Much of his success in life he attributed to the aid and encouragement given him by his wife, who kept his books and displayed excellent business judgement in her advice and counsel. His example should well serve as an inspiration and encouragement to others, for he started out empty-handed and entirely through his labor and perseverance gained place among the wealthiest residents of the state, and many believed that at the time of his death he was the largest holder of South Dakota land. He was very popular because of his geniality and cordiality. He held friendship inviolable and in his life he exemplified the teachings of the philosopher Emerson, who said “the way to win a friend is to be one.” His death, which occurred in 1906, was the occasion of deep and widespread regret, for many there were that had learned to esteem him and to hold his comradeship dear.”

Irving D. Smith died at the age of 80 years and was buried on February 13, 1906, in the family lot in Block 17, Lot 11 of the Cemetery. He rests with three children who were removed from cemeteries in Madison, South Dakota, and Marshalltown and Akron, Iowa to the family lot at Mt. Pleasant. His wife Laura A. (Smith) Guerin and a daughter, Julia Esther (Smith) Ferguson also rest in the family spaces along with Margery Mowery.