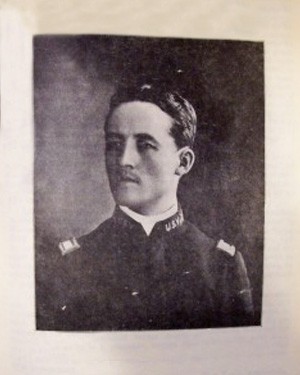 “JONAS H. LIEN, was born in Faribault county, Minnesota, December 12, 1874. He was reared by his brother, B. H. Lien, their father having died while Jonas was quite young. He was a student in the Agricultural College at Brookings, S. D., and there fitted for a collegiate course. He entered the Nebraska University in 1894, but dropped out to take part in the presidential campaign in 1896. He was employed by the State Central Committee of the Populist party in South Dakota, and spoke during the campaign in almost every county in the state east of the Missouri River. He was at once recognized as a strong political speaker. Such was his success in this campaign that he soon became known as the “Boy Orator of the Sioux.” At the next session of the legislature he was elected chief clerk of the assembly, and then for a short time was the city editor of the Sioux Falls Daily Press. During the spring of that year he resumed his studies at the Nebraska University, where he was graduated in the spring of 1898. Again for a short time he worked upon the Press, but when the war with Spain broke out he enlisted in Company I, First Regiment South Dakota Volunteers, and was mustered into service May 4, 1898, as First Lieutenant and Adjutant. His purpose had been to become a private and earn promotion if possible. His friends persuaded him to accept the commission, and he entered upon the discharge of his duties with the energy and ability which always characterized him. In the Philippines he was in the hottest of every fight, from Block House No. 4 where the first battle occurred between the Americans and the Filipinos on February 4 and 5, 1899, to Marilao where he was killed March 27, 1899.

Of him his Colonel said: “He was the bravest man I ever knew, and one of the best officers.” He had been promoted to the rank of captain, but had not received his commission when he met his death. No one of his age was better and more favorably known throughout the state, and his untimely death was most sincerely deplored by all who knew him.”

Jonas Lien was 25 years of age when he was killed in action in 1899. His body was returned to Sioux Falls and buried on February 3, 1900, in Block 13, Lot 7 of the Cemetery. He lies at rest with other members of his family.

Former Mayor Burre Lien donated land for the city’s first park in memory of his younger brother Jonas.  As a memorial to Jonas, black stone was quarried from Lien Park for the faced of the 1908 north unit of the original Washing High School.  Sioux quartzite was used after the black stone was exhausted.  The Lt Jonas Lien marker was dedicated in 2005 by the Minnehaha County Historical Society and the Washington High School Historic Committee.  The marker is located beside the sidewalk, near the northeast corner entrance to the Washington Pavilion of Arts and Science building, which was formerly Washington High School.