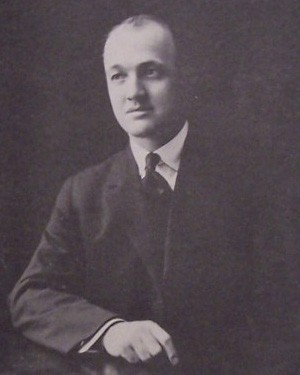 “Dr. Roy George Stevens, one of the leading and successful physicians of Sioux Falls, engaged in the general practice of medicine in partnership with Dr. N. J. Nessa, was born in Lewis, Iowa, May 12, 1880, and is a son of George and Mary (Morton) Stevens. The family is of English origin and was founded in America by the father of the subject of this review, who came from his native Derbyshire to the United States in 1871, when he was twenty-one years of age.

In 1896 Dr. Roy George Stevens was graduated from the high school at Springfield, South Dakota, and in 1900 from the Springfield (S.D.) Normal School. Following this he entered the medical department of the University of Illinois, graduating from that institution with the degree of M. D. in 1905. Following the completion of his course he located at Heron Lake, Minnesota, as an assistant in the Southwestern Hospital, retaining that connection for four years. In 1909 he removed to Sioux Falls, South Dakota, and formed a partnership with Dr. N. J. Nessa, with whom, in 1910, he established the Samaritan Hospital. They conduct this institution for the comfort and convenience of their own patients and they have made it one of the finest and most complete institutions of its kind in the state. Dr. Stevens controls a large and representative patronage and he is a director in the Sioux Life & Casualty Company of Sioux Falls. He belongs to the American Medical Association, the South Dakota and Seventh District Medical Societies and the Sioux Valley Medical Association, of which he was vice president in 1913, his membership in these bodies keeping him in touch with the most advanced thought of his profession.

On the 25th of March, 1907, at Heron Lake, Minnesota, Dr. Stevens was united in marriage to Miss Henrietta O. Dickinson, a daughter of Edwin and Sarah (Nelson) Dickinson. Dr. Stevens is connected fraternally with the Independent Order of Odd Fellows, the Masonic chapter and Shrine, the Knights of Pythias and the Order of the Eastern Star. He holds membership in the Episcopal church and is a republican in his political views. Practically all of his time and attention is given to the duties of his profession in which he has made rapid and steady advancement, standing today among its foremost representatives in his part of the state.”